Don't Wait To Make That Call

A week ago, I shared on this video about this girl who was smashing up stuffs in her room with indications showing she just broke up. She was really emotional in there, making us wonder what is actually up with her boyfriend and what happened that caused that scenario. You can check the post here - "BF Is A Serial Cheater?". To jog up your memory I have included that video below as well.

All this anger, plus there was a shot of her smartphone showing the photo of her boyfriend got me thinking. Times have changed so much that everything is getting less personal, especially with the explosion of network data connectivity. Almost everybody is resorting to texting, tweeting, or Facebooking rather than using the good ol' fashion phone to convey a message. 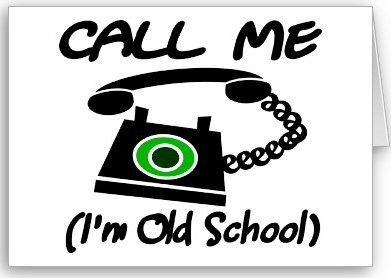 Call me old fashion, but I still prefer to call someone up to speak my mind instead of resorting to text. It's pretty much the next best thing to being actually there in front of the person. I've had experiences in the past when I resorted to SMS'ing rather than calling just because I was lazy to speak. Turns out, my friend misinterpreted the message, and it escalated into a rather messy affair. Thinking back, it would not have turned out bad if I had just picked up and dialed him up.

Coming back to the video, I'm going to share the finale, a follow up video to what happened after the first angry "BF Is A Serial Cheater?" video above. Did her boyfriend really cheat on her? Or was it just a big misunderstanding? After all, we are humans and we make mistakes. But what mistake did the boyfriend commit to cause the girl’s reaction? Well, check the video below to find out!