Paranormal Activity 3, when I received the tickets from Nuffnang for this supernatural/ghost movie, I was actually excited to watch it. Even though I missed out Paranormal Activity 1 and 2, from the hype of the movie naturally I was eager to catch it in the cinemas. Unfortunately, not watching the 1st and 2nd installment of this movie proved to be a mistake as this Paranormal Activity 3 was produced to serve as a prequel to the original movie.
Rushing over from Pavilion to catch the movie in Midvalley Megamall at 9pm, I was lucky to be able to catch up with some bloggers before the movie began. Benjamin was so nice as to help me collect my tickets in advance.
Anyhow, coming back to this movie, Paranormal Activity 3 tells the tale of this family, a mother and her boyfriend with their two daughters (Katie and Kristy) living in a house whereby they will soon find it to be inhabited by this invisible scary beings. Here is where the girls befriend the increasingly aggressive invisible friend, Toby. The mother's boyfriend then sets up these cameras in strategic locations in the house to "catch" the ghost in the act which he finally did. Unfortunately, it was too late when everybody was convinced that there actually are ghosts in the house.

[Sponsored Ads] The most important bomber jacket you'll ever own is a members only jacket. Our thomas sabo rings is generally less expensive than girls blazer and leather coats.
I was told the previous two installments were interesting, if you are into this whole "watch the video run, and try to catch where's the ghost" scare tactics. Don't get me wrong, Paranormal Activity 3 IS scary, not so much in the actual ghost sighting itself, but in the anticipation that something, anything will pop up as the camera runs. You'll find yourself gripping the seats, squinting your eyes, or just hiding under that blanket you brought into the cinema throughout the movie. 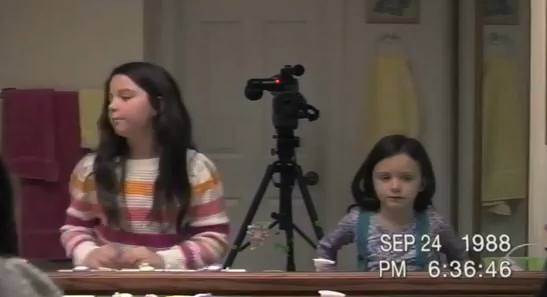 Like I said, if I had caught the first two installments of Paranormal Activity, I would have appreciated this movie more. The two girls Katie and Kristy were the main stars in Paranormal Activity 1 and 2, and this was suppose to be the movie where it all began. Unfortunately, I did not really enjoy the ending nor the movie as a whole. The only part I enjoyed was the scare tactics which I mentioned in the paragraph above this.
If you are into watching hours of tape running with nothing much on screen, probably a sudden move or a 3 seconds ghost image encounter, then by all means catch this movie. As for me, I rate this movie a 4/10, the ending had me going "that's it? I squinted my eyes for an hour plus for this?"
Recent Movie Posts
Bloggers Movie Nuffnang Review