I had the chance to catch this really cool movie premiere Super 8 at TGV KLCC thanks to Nuffnang. Going into the movie with really high expectations partly because of the director J.J Abrams and producer Steven Spielberg, and also from the short teaser trailer of the movie depicting a train crash and a creature trying to knock its way out, I am glad to say it did not disappoint.


Before the movie started at 9pm, had a good time having dinner with some fellow bloggers at the level 2 Signature food court KLCC. As always, below would be a photo I've taken of the two sweet ladies issuing our tickets and the tickets we were given.


Coming back to the movie, Super 8 to me is very cool in the sense that the movie does not focus primarily on the alien itself, but rather on the characters of the movie. We are introduced to this group of kids who ended up being in a train station where a train crashes into an explosive end with an alien creature let loose. Super 8 really gets us involved into the lives of these kids with Joe Lamb (Joel Courtney) playing this kid whose father (Kyle Chandler) is the deputy sheriff. Filming a movie with his friends, we then see how he and his friends handle the apocalyptic events to follow.


The movie E.T comes to mind, coupled with the feel of doomsday, Super 8 delivers a story which is emotional to say the least. We could really immerse ourselves into the environment and the characters, to the point that the alien creature becomes just a side plot. You will just have to catch it in the cinemas when its out to understand what I mean. Pretty awesome movie, albeit a rather abrupt ending. Super 8 makes you fall in love with its characters, not the "creature" nor its "special effect" which are secondary.


Oh, and something new I learnt, thanks to Tony who also blogged about this movie here. The title of the movie "Super 8" actually refers to the Super 8 mm film format released in 1965 by Eastman Kodak as an improvement of the older "Double" or "Regular" 8 mm home movie format (source: Wikipedia), and that was what the kids in the movie used to film with.


Check out the trailer below, and some photos from the movie. 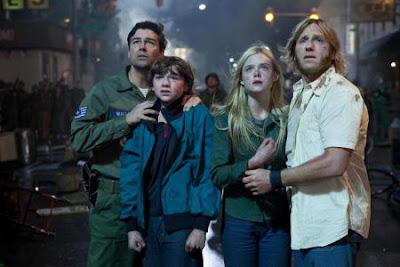 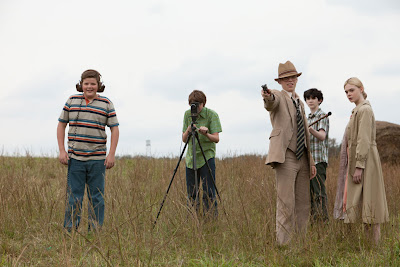 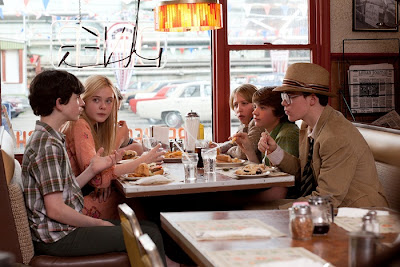