Green Lantern Corps are in the house! Intergalactic peace cops out there watching over all 3600 sectors of the universe, all decked in green uniforms with this awesome green ring. Fresh from attending a Green Lantern Corps party last week, I was delighted to be able to catch the premiere screening of Green Lantern thanks to Ken Wooi.


It was a Nuffnang screening, and as usual I was elated to be able to catch up with some of the bloggers that attended. The ticket collections counter opened at 8.15pm, but there was already a queue forming by 8pm and yours truly with proud "kiasu" spirit queued up happily! Upon collecting the tickets, a few of us then headed for a quick dinner.


Anyway, back to the movie. DC Comic's Green Lantern finally makes it to our big screen starring the good looking Ryan Reynolds as test pilot Hal Jordan being the first ever human to wear the green power ring and join the Green Lantern Corps.

First off, a brief introduction for this group of superheroes called the Green Lantern Corps. They're these peacekeepers who are chosen because of their braveness to protect the peace in their own sectors in the universe. From the movie we get to know our beloved universe is actually divided into 3600 sectors. Anyway each of these brave souls are empowered with a cool power ring, a ring that can conjure up any item just by willpower. Now that's some really cool stuff I tell you, imagine thinking up a huge machine gun, a big hammer or just will yourself a really big fist to punch the lights out of your enemy.


We are brought on a roller coaster ride through how Hal Jordan was chosen by the ring, and how he fooled around with the powers, and moved on to fight this really huge doomsday monster, Parallax.  The effects were rather cool, just a tad too much CG, but the plot was a bit too thin. The dialogues ranged from being corny to downright predictable. 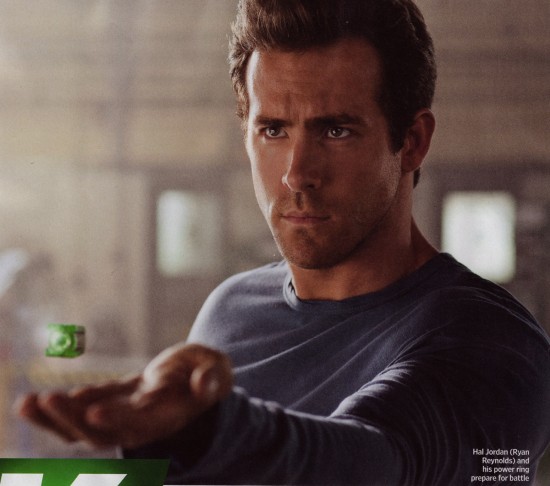 I wouldn't say it was bad, but coming from such big names, a rather big budget, and a whole universe of ideas from the comic, I would have expected a much better storyline. "Effects-check, hunky hero-check, hot chick-check, plot and ending-not very awesome  " Watch it if you're a fan, or have lots of time on your hand, because I feel with such a great premise, the movie could have been awesome. Could have.

I do love one of the phrases in the movie though, "It's okay to be afraid, but have the courage to face that fear!" Do check out the movie trailer below.


Email ThisBlogThis!Share to TwitterShare to FacebookShare to Pinterest
Labels: Movie