Dylan Dog: Dead of Night, the name itself sounded quite corny to me, hence my expectation weren't very high when I got the premiere screening tickets. Thanks to Edwin CK who passed me his pair of tickets, I got to catch the premiere screening of Dylan Dog over at TGV Wangsa Walk a few days back. What caught my eye was the fact that the movie starred Brandon Routh who played Superman in the 2006 Superman Returns movie, and the fact that it looked like a rather artistic piece of movie.

So there I was over at Wangsa Walk mall to catch this movie, located a stone's throw away from where I'm staying. The TGV cinema here ranks rather high in my books for its comfortable and spacious seats.

Based on the Italian comic book series, Dylan Dog: Dead Of Night is all about this detective Dylan Dog (Brandon Routh) hired by the monsters of the underworld to be an impartial investigator into monster--on-monster crime in the city. Think of him like a middleman or peacemaker who doesn't take sides. That all ended when his fiancee was murdered by vampires, and he found himself no longer capable of being impartial.

We then have the vampires, and werewolves and a whole lot of undead zombies all crafting to rule the underworld. When a pretty and mysterious girl’s father is murdered by a werewolf, Dylan is dragged back into the life he once left, reconnecting with old contacts in the underworld. He’s aided by his recently zombified assistant, who is simultaneously having to be taught the ways of the undead world.

The movie has a whole "Sherlock Holmes" detective feel to it, with the action being done "comic strip" style. It would all have been good, if not for the silliness that creeped into quite a number of the scenes. One moment you are enjoying the artistic cool acting, and suddenly the main character and his sidekick start doing slap stick antics. I wasn't sure if I wanted to laugh, or feel sad with the whole thing.

Overall a promising movie that falls short when it came to engaging the audience. Don't get me wrong, I loved the way they played out the scenes, but somehow it felt like a B grade film in the end. An entertaining watch nevertheless, if you could look pass the funny looking zombies' antics and rather shallow plot. My rating would be a 2.5/5 for this movie.

This movie just came out in our cinemas today, so do check it out if only to watch "Superman" starring as a detective. I leave you with the trailer and some photos from the movie. 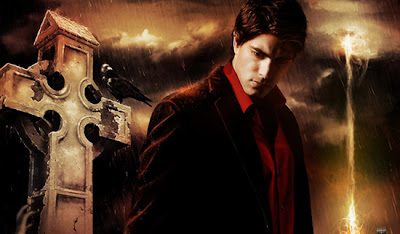 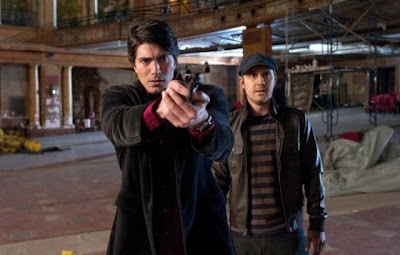 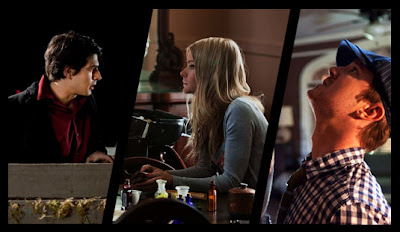 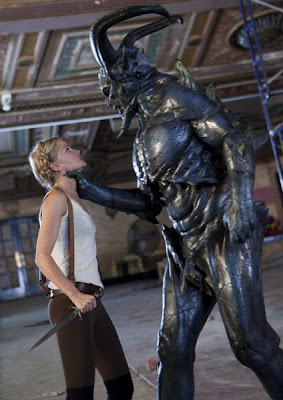