Saw 7 is out! I'm rather outdated, as I did not know about this until last night. It was out in the United States since the 29th Oct 2010.

I've been a big fan of the movie since the first installment back in 2004. Saw is not a movie for the fainthearted as it includes all sorts of gore, torture and finally death for the players who were so unfortunate to be chosen to play his games. But you could escape death, by undergoing lots of pain. For those of you who are in the dark over this movie, read all about the Saw movie franchise at Wikipedia.

Anyway, this final installment of Saw:3D won't be reaching Malaysia cinemas anytime soon. US gave this film a rating of R while Australia gave it a rating of R18+, so you can roughly gauge the violence in the film. It's all good though, I found a link online where I downloaded it. Most of other download links were dead, so I was ecstatic when I found this. It was ripped from a Blue ray disc  so the size was quite large (~1.5GB).

Since it's the new year, as a new year present to any who so happen to stumble upon this post, here is the download link, credits to tvdownload.info website. Saw VII The Final Chapter 2010 BRRIP XviD AC3-Rx.

Check out the movie posters below. 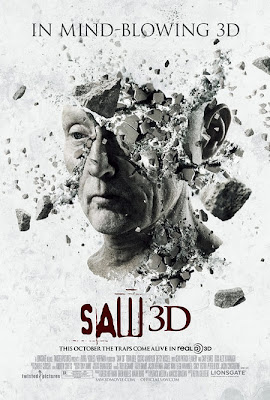 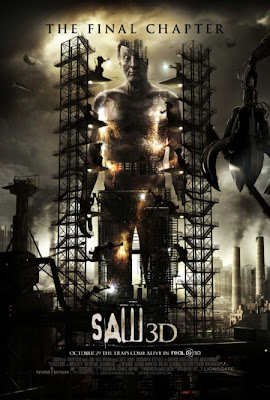 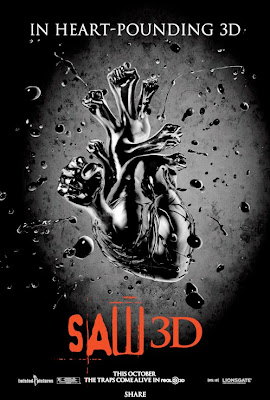