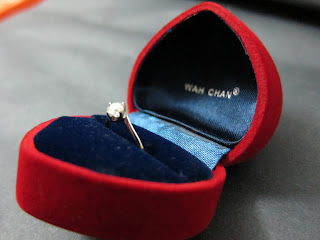 Looks nice right? The ring, the flowers..
This was my arsenal used on the night of 8th December to propose to my girlfriend of 4 years. The venue? 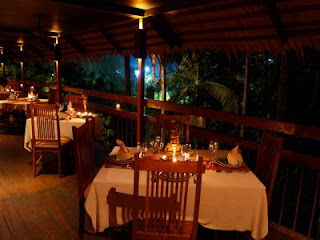 How did it go? Well, let me start from the top. I've actually bought the ring since July 2010, but didn't actually have the perfect plan till now. I chose the date 8th December due to the fact that i like the number 8 and it signifies luck (less chances she would say no).

It was a Wednesday, I took half day leave to prepare the flowers. Bought from Wangsa Walk. A bouquet of 36 red roses. Frankly speaking, i expected 36 flowers to be bigger, but guess the more flowers you have, the more compact they arrange it. I wonder how 100 flowers would look like. The florist said it will take 3 hours, and i was left wandering around the mall. I actually went to watch 2 movies back to back, Haunted Changi (sucky), and Due Date (nice comedy).

Ok, in the evening, normally i would be waiting for her to fetch her home from the Jelatek LRT station. Today was no different. Fetched her, told her "Let's go for a nice dinner tonight!" and there i was happily driving my car towards the restaurant located in Ampang. Oh did i mention the flowers were already in my car boot? No? well it was.

Vroom vroom, vrooming all the way to Tamarind Springs. Except it didn't actually go Vroom, due to the traffic jam it went some sort like vroom . We reached our destination at around 7.30pm. Perfect time i would say. The atmosphere was cooling, with a slight drizzle. The flowers were presented to her when we alighted from the car. I guess she thought it was a sweet gesture from my side. (Did something the day before which kind of pissed her off, so she thought i was making up for it)

Anyway... I had already made arrangements with the waiter to bring out the ring only during desserts. Ordered the food. The servings weren't very big so we could actually order quite a lot.

Fast forward to the moment i was waiting for the whole night. Dessert time ! aka proposal time. Ok, i was eyeing the waiter the whole time. He did take a long time to take out the desserts, but its mainly due to the fact they were preparing a bed of chopped cherries to place my ring. And then they came over...

The moment he brought over the desserts, i knew it was cue for me to start. Looked at my future wife in the eye, and *plop* goes down on one bended knee. (i should mention this, being on bended knee for long isnt really comfortable). Popped the question "Will you marry me?" And the response? ... smiles, laughs, and she said "can i reply you tomorrow?" Ouch, i said "no?"

And there i was on my knee the whole time. Looks her deeply in the eye, and repeated the question. And no, i won't take "tomorrow" as an answer. Finally... finally and some rest for my knees, she said YES !!!! A heavy burden was lifted off my chest. The rest was history, puts on the ring for her, sits back on my seat, the waiters and waitresses left us alone. My future wife smiles at me, and said "You forgot to propose with the flowers", the flowers were placed on the seat beside her! And then i was back on my knees again, this time with the flowers in my hand, and she said YES for the second time.

I forgot to take my camera so had to settle for an iphone camera. Picture below wasn't really crystal clear and sharp but it'll suffice to capture proof that the night really happened. 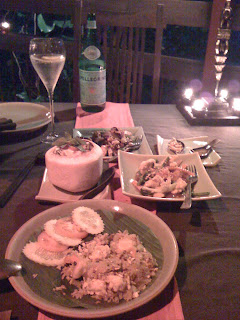 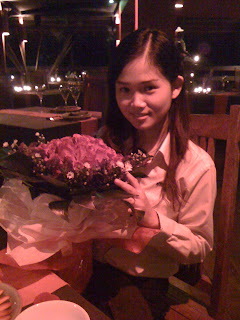 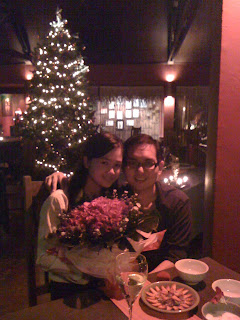 Now i'll have to start planning for the next steps (ROM, dinner, wedding... etc) it's a long road ahead..

congrats!! :D so when's your wedding? Next year is a good year for marriage :D

Thanks! The wedding date has not yet been finalized, will definately be in 2011 :)

congrats! u did it on my birthday! haha what an honour :P

Thanks Bob ! :) haha, yup, cool date to have as your birthday Bob!

Thank you SyilAdlin :) Appreciate it.

It's never too late aQi! Thanks !!

this is what a girl dreaming of.. sweet :)

Hehe, what a girl dream, but every guy's headache trying to make it a memorable proposal.

HAHA! was browsing through ur "WIFE" label's posts :D SO CUTE!!!!! congrats! hehe! Have fun prepping for ROM and the wedding etc! :))

Thanks for visiting my blog. Btw why browsing through "Wife"? planning on being one soon? hehehe.

Shiok Leng: Thanks!!! XD Wow, thanks for reading my post. This was the reason I started blogging, the proposal.

*sobs*
this is so sweet and fairy tale like.
*sobs*

Xing: Thanks! Sweet, but tough to plan it. :P your turn will come soon!


Prisciella: Thanks. I think its pretty nice too! Hehe.

Xing: Thanks! Sweet, but tough to plan it. :P your turn will come soon!


Prisciella: Thanks. I think its pretty nice too! Hehe.

Sorry for being super late but still congratz! and now you're getting married soon!

I dont know you and in fact this is the first time I ever been to your blog. Reading post like this made me smile from ear to ear :) Congratulations on your wedding!! XD